Our Board of Directors

Broadway Bound is governed by a dedicated volunteer Board of Directors representing parents, philanthropists, and arts and culture supporters. We thank them for their time and using their creativity, expertise and enthusiasm to help provide opportunities and skills for children in theatre, drama, music, and dance. 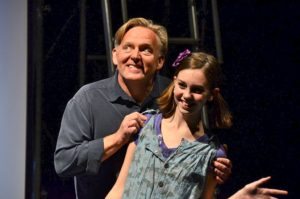 Jimmy Nixon founded Broadway Bound Children’s Theatre after moving from Hollywood to Seattle in 1996. For 23 years, he led the growth of a company that began as an after school class, serving a handful of students, into a million-dollar non-profit organization that serves more than 1,500 young artists each year. Under Jimmy’s leadership, Broadway Bound became a premiere youth theatre company in Seattle. Young artists from the program have gone on to appear on virtually all of Seattle’s professional stages, as well as Stage Door Manor, Interlochen Arts Academy, on National tours, regional theatre’s and on television and in film. Broadway Bound has mounted productions at venues throughout the city of Seattle, including The Moore, The Paramount and the ACT, Seattle Public Theatre and the Broadway Performance Hall. Broadway Bound has been recognized by the City of Seattle as a Civic Partner. In December 2011, Jimmy directed the Seattle Premiere of Jason Robert Brown’s Broadway Musical, “13″ at the Gregory Falls Theatre at ACT.

As the Executive Artistic Director of Broadway Bound, Jimmy guided more than 50 musical productions, directing many of them himself. His 2006 production of Annie featured seven casts of young actors who performed in two major theatres in Seattle simultaneously, ACT and The Moore; and his 2007 production of High School Musical sold more than 20,000 tickets at The Moore Theatre. Subsequently, The National tour of Disney’s High School Musical invited Broadway Bound actors to perform with them, each night of their tour, on stage at Seattle’s Paramount Theatre. 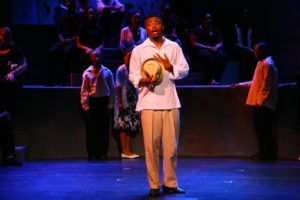 In 2007, Jimmy led the effort to bring a new and exciting Broadway Bound program to underserved neighborhoods in South Seattle. His production of Dreamgirls opened a dormant Paul Robeson Performing Arts Center, with sold out houses and front-page news coverage by the Seattle Times. His achievements and vision resulted in a partnership with the Seattle Public School District and additional productions at Rainier Beach High School, including Fame, Little Shop of Horrors, Cats, and most recently directing the Premiere of the new musical God Lives in Glass, written by Keith Thompson and Dr. Robert Landy. In 2011 he was honored by the Rainier Beach High neighborhood with a Community Partnership Award.

As a performer in New York City, Jimmy studied acting with Lee Strasberg at The Actors Studio, dance with Luigi, Twyla Tharp and ABT and Alan Jones was his teacher and mentor for musical theatre. He performed in more than one hundred plays and musicals, is an original company member of the American Theatre of Actors and was honored with three awards for his work Off-Broadway in The Living Room, My Father’s House and The Holy Junkie. ”Junkie” played to rave reviews at the Edinburgh Festival in Scotland.

Jimmy passed away in May of 2019 following complications from a minor surgery. Jimmy’s memorial brought hundreds of Broadway Bound families together to celebrate his life and the significant contributions he made to the arts community. We strive to continue his legacy of inspiring and connecting youth in the arts and we are proud to present the performance for you here today. 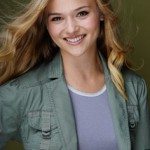 Heidi Bove starred as the titular character in our production Annie before going on to star in the short film Caprice and the TV show Biz Kid$.

Paxton Farrar is an up and coming filmmaker and participated in Broadway Bound’s program before going on to attend New York University’s prestigious Tisch School of the Arts for Film and Television.

Izabel Mar moved on to a professional acting career after starring in Broadway Bound’s productions of Annie, The Wizard of Oz, and High School Musical.

Ryah Nixon spent several seasons at Broadway Bound and has since starred in the 1st National Tour of Nine to Five in 2010-2011 as Doralee Rhodes, Fifth Ave Theatre’s production of Rent as Maureen Johnson, and in the World Premiere of Beaches in 2014. Ryah is currently in the Off-Broadway Kinky Boots in NYC! 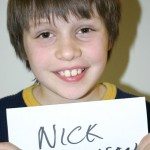 Nick Robinson attended Broadway Bound before moving on to star in the summer blockbuster Jurassic World as Zach. Other credits include The Kings of Summer as Joe, and in Melissa and Joey as Ryder Scanlon. 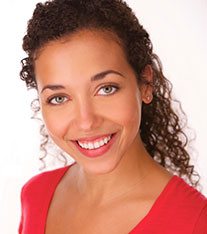 Alanna Saunders was a Broadway Bound actress before she moved on to play Tiger Lily in Peter Pan Live! in 2014.

In addition, Broadway Bound students performed with the national tour of Disney’s “High School Musical” when it came to Seattle, participated in 5th Avenue’s “Joseph and the Amazing Technicolor Dreamcoat,” and so much MORE!